The Bologn of the parks 1° part

Assuming that in May is beautiful even Vladivostock, it must be said that in this season Bologna gives the best of itself.

The crisp air of the morning is mixed with the warmth of the middle of the day and, after a winter infinite as that to which we have witnessed this year, every ray of sunshine is an injection of energy and health. Walking through the streets of the historic center or joyning of ‘hospitality of the gazebo outside of the Bolognese restaurant offers to the  tourists as to the locals a chance to experience the city at the height of its possibilities.

During this period of ‘years to while away Bologna also has some beautiful public parks where you can relax, take walks, ride a bike or simply lie in the sun. In this post I will try to present the public parks of our city. 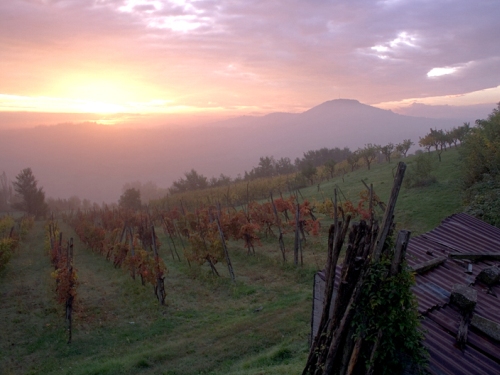 Cremonini has made them fmous in all Italy as a circuit suitable for “Vespa special” and brought in a song so egregious a feeling that every Bolognese has in his heart. The close proximity to the city center but also its rustic character made ​​it the ideal place to escape  from the “problems”. Exploited since ancient times by younger citizens when truant, give wonderful corners of peace and tranquility as well as challenging paths to be exploited by mountain bike. They are beautiful during the weekend, when they are occupied by large groups of people but maybe during the week when the influx of people is less, give moments of serenity and peace even more precious. They are the ideal place in which to enjoy a beautiful sunset or reading a good book lying on a blanket. 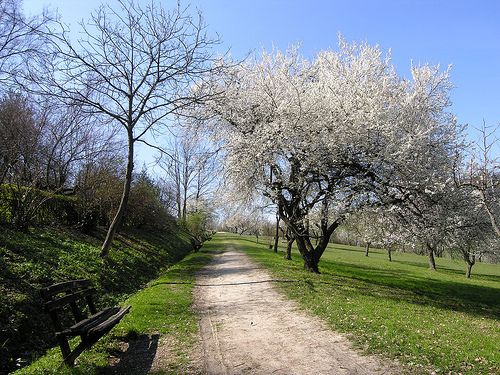 Just above Porta San Mamolo is easily reachable on foot from the center. It offers a beautiful trail for walking and numerous sunny meadows on which to lie down peacefully. The trees offer shady oasis in which to stop and for the sport was set up a fitness trail with several stations located throughout the park.

On either side of the path were planted many fruit trees and large tree species native and exotic (including oak, hornbeam blacks, a centuries-old Himalayan cedar and a beautiful yew), in addition to a beech wood which is well naturalized instead of unusual altitudine

It owes its name to the Chigi family in 1972 he donated the property to the municipality of Bologna. 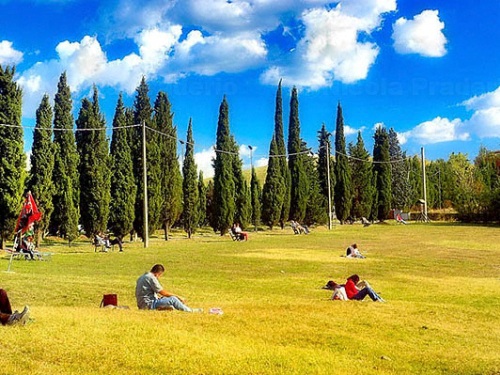 Is the “beach” for many Bolognese. And maybe Hills Park farther away from the city but not the least frequented.

For many summers in the evening, hosted entertainment events while during the day it is occupied for the most part by lovers of  tan. Until recently it was also possible to rent sun beds and umbrellas. It ‘a kind of plateau located on the hilltops, one of the few flat meadows that I can find and this is often transformed into a football field or frisbee stadium.

Virtually inside  the park there is a riding school from which it is possible to go horseback riding, and in recent years, following the restoration of the villa was set up a restaurant.